While lenders are under regulatory pressure to adhere to guidelines set out by the Australian Prudential Regulation Authority (APRA), a number of institutions have cut rates for owner-occupiers paying principal and interest (P&I) on their home loans. 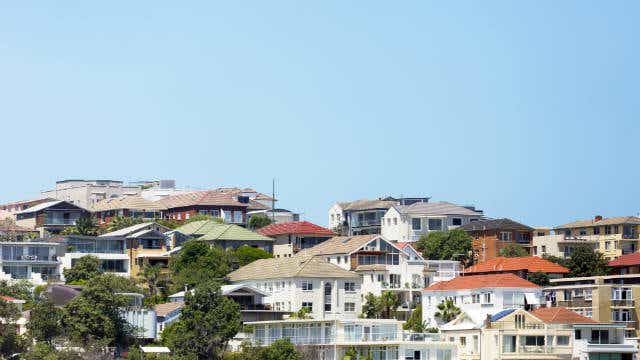 Out of these 100 products, the average rate movement has been a fall of 12 basis points.

Notably, Commonwealth Bank has cut rates for its Residential and Wealth Package Residential one year fixed loans by 40 basis points.

Other big rate cuts have come from:

“With lenders mindful of both the proportion of their loan book that is for investment purposes, as well as the number of borrowers taking up interest-only payment options, many institutions appear to be using interest rates as the primary lever in their efforts to adhere to APRA’s lending guidelines,” he said.

“This has seen a number of institutions reprice their loans favourably for owner-occupiers, in particular, those willing to make principal and interest repayments, while at the same time increasing rates for investors – a common theme for some months now,” said Mr Watson.

“These recent movements suggest that lenders are actively trying to attract more owner-occupiers, and make repaying principal and interest a more attractive option to borrowers.”

One year fixed loans see the most rate cuts

“One year fixed loans have seen the most decreases, implying there could be some uncertainty with rates over the medium to longer term, with lenders hesitant to lock discounted rates for longer terms,” he said.

Owner-occupiers are not the only borrowers experiencing rate cuts this month, with database recording several decreases for investors paying P&I.

The most significant cut comes from Mortgage House which has cut its standard variable Inv Advantage Variable P&I home loan by 58 basis points.

Other lenders with fairly significant rate cuts to some of their investor P&I loan products include Hume Bank, Bank of Queensland (BOQ), Yellow Brick Road, Macquarie and Aussie.

SYDNEY is in the midst of a rental affordability crisis...

This property has been listed on market for two weeks...

This house sold within 4 weeks Auction campaign at 2.1...

Fantastic dwighlight photo and great sunset to show up the...

Use heart to promote your client property, with best result...

This property with 5 bedrooms in Peakhurst has been listed...

A freshen up on Feng Shui

How to buy a house before you sell your current home

The process for most people selling their home is normally a...

The house on 12 Herdsmans Avenue, Lidcombe has been sold out successfully!

Congratulations! The house on 12 Herdsmans Avenue, Lidcombe has been...

25 properties have been rent out successfully in May!

Congratulations! 25 properties have been rent out successfully in May! We...

One week before the party, every staff has...

Congratulations! Rhodes 2 Bedrooms Apartment Was Sold in High Price Within One Week!!

While lenders are under regulatory pressure to adhere to guidelines set...

The best ways to add value to your home

IT’S what any savvy seller wants to know. How do you...

How to buy your first home: From saving to settlement

You've decided you're at that stage in life...

The perfect balance: What you should and shouldn’t compromise on when buying a home

As difficult as it can be, compromise is an...

Heating up: How to make sure you’re buying a home that is ‘winter warm’

One of the most critical factors when buying a...

Poised to strike: Why first-home buyers now have a better chance of getting into the market

Are big homes better than small homes? Here’s how to choose the perfect-sized house

When buying a house and land package, it can be...

Australia’s increasing cohort of lifelong renters is at risk...

Styling to sell: Why more Australians are using property stylists in a slowing market

Cautious vendors have been turning to property stylists this...

How to stay in love during a reno

BELINDA and Trent Ramke are proof that couples that renovate...

Why Sydney must find room for another 200,000 houses

‘The very best of pretty much everything’: Why I’d choose an apartment over a house any day

The woman looked at me with such terrible pity in...

Luxury basements: How prestige homes are taking high-end design to a space you didn’t expect

It’s the latest trend for maximising space in fabulously located...

The street artists turning our neighbourhoods into galleries

During his time as a financial planner, Joel Moore would...